Brand Purpose Is Great But It’s Not Enough: Just Ask The NFL 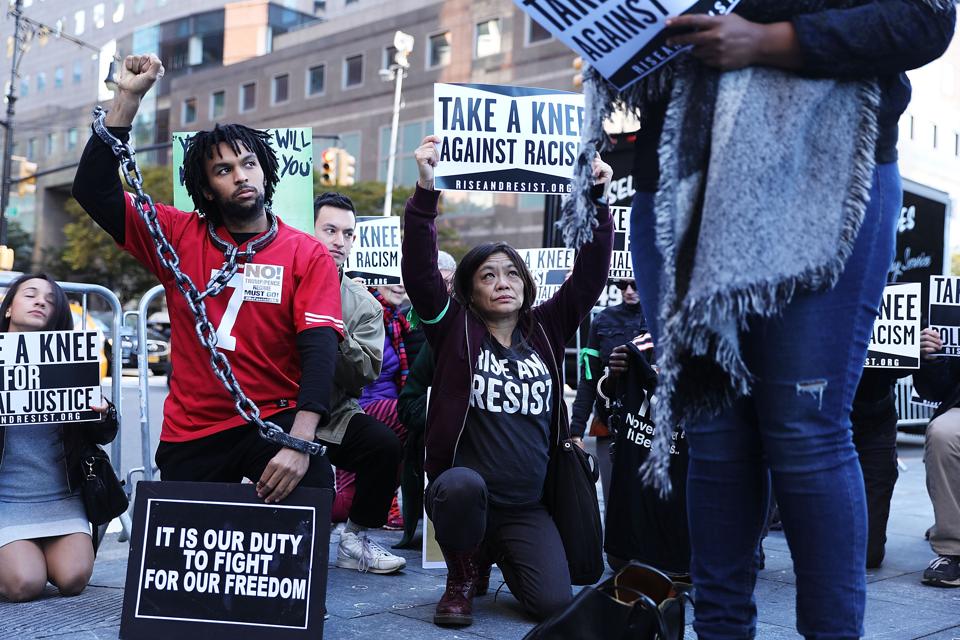 As NFL Commissioner, Roger Goodell has been on the hot seat for a broad range of high-emotion issues, ranging from penalties for Deflategate to policies around player behavior off the field. But lately, Goodell and the NFL have faced a whole new form of reputational firestorm: how to navigate their brand through the outspoken beliefs and active Twitter feed of President Trump. Amidst a growing number of players kneeling during the national anthem, Trump has grown increasingly pointed in his call for various forms of punishment for the protesting athletes.

After a two-day meeting with NFL owners, Goodell today reiterated the NFL policy that players should stand during the national anthem.  But he also notably acknowledged that “they are not doing this in any way to be disrespectful to the flag” and that further there would be no punitive action taken for kneeling during the national anthem. No surprise, this move prompted a Tweet from POTUS: “The NFL has decided that it will not force players to stand for the playing of our National Anthem. Total disrespect for our great country!”

Despite not having been a fly on the wall during the owners’ meeting, I feel confident in saying that Goodell and colleagues could see the President’s tart response coming and did not enjoy facing such a Hobson’s choice: aggravate POTUS or alienate our players. Goodell’s statement employed some deft art in generally aligning with Trump but respecting the players’ positive intent and freedom to express themselves. But it clearly wasn’t enough to evade the President’s ire..

Read the full text of my article on Forbes.