Ad blockers. Decreased attention spans. Distrustful consumers. Brand clutter. Marketing leaders continue to wrestle with these and other challenges as they seek to engage the connected consumer. And they’re increasingly turning to branded content to break through the noise. 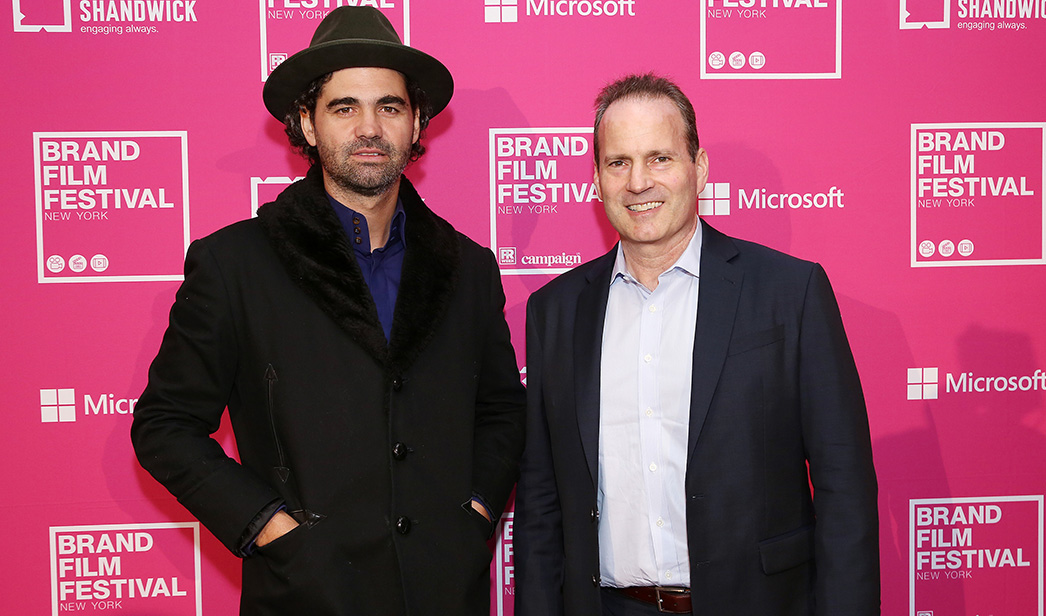 Reflecting this trend, the Brand Film Festival had its second awards ceremony May 4, in New York. From YouTube videos to full-length documentaries, the event showcased the most creative and effective work, and honored the agencies, brands, and craftspeople behind them. I had the honor of serving as a member of the jury for the event, for which I shared some of the learnings in this recent article.

The winner of the Juror’s Choice award was a 30-minute mini-thriller from chipmaker Qualcomm, titled “Lifeline,” starring Olivia Munn and Chinese mega-star Leehom Wang. The film was directed by the Oscar-winning writer/director of “Birdman,” Armando Bo. I was able to speak with the Argentinian filmmaker, who was on hand for an opening fireside chat, before he was swept up by admirers. Among his perspectives on content and creativity were some valuable lessons for marketing leaders.

What draws Bo to a commercial is first and foremost a passion for the work. “I have been lucky enough to focus on work that is a great fit for me,” he said. But it’s also about doing something new and unexpected, as with the “Lifeline” project for Qualcomm: “I thought the plot was fresh and smart,” he said. “And with 30 minutes, you have a lot of space to create characters and tell stories and do something really compelling. As a creator, it’s meaningful when people like to see something you made. You feel proud of it. It will last through time.”

Bo’s strongest advice to brand leaders is to set out to do great work. “An ambitious client is the most important thing,” Bo said. “I want to work with someone who wants to do something different and meaningful—someone who is willing to push the agency and also willing to let the agency push them. It’s great to work in an environment where people inspire each other.” Reflecting on this time of tight budgets where clients angle to get more for less from their production dollar, Bo says he doesn’t mind the push, “as long as I’m engaged and feel good about what we’re doing.”

What comes through clearly from Bo is the importance of engaging in a work process that allows freedom to explore opportunities to further develop the story. “For me, storytelling and directing are very connected,” he said. “It’s very difficult in advertising when a script is locked and rigid, and everyone is afraid of changing everything.” While Bo doesn’t go into a project with an assumption that he’ll rewrite parts of it, “If things are too locked down and there’s no room for improvement, that’s tough. I respect the work that went into it, and I’m humble about the process, but if there’s an opportunity for a fresh point of view, I’ll say what I think or feel.”

In an era where major studios are focusing on safe productions and technology over storytelling, Bo said, “We’re in a moment when films are in a crisis, and no one is doing anything fresh.” He encourages agencies and advertisers to focus on the long-term process of fostering big ideas and gathering creative people: “You don’t do it in one second—you need to water it and grow it slowly, over time.”

Some other key marketing takeaways from Bo for advertisers and agencies alike:

• Bring your passion: “Whether it’s a billboard on a bus, a 15-second video, or a long-form documentary, bring the passion of an obsessed auteur to your work. Think of everything you do as going on your ‘Life Reel,’ and bring heart, commitment, and humility. Look at all your work as an opportunity to learn, stretch, and advance your craft. Allow others to see the passion you bring, as that will inspire them and instill pride in the part they play.”

• Set audacious goals for excellence: “Great talent is attracted to leaders who strive to do great things. Whether you’re a brand manager, agency creative, or commercial director, you want to be known relentlessly striving to do great work. That means being willing to push, challenge, and be the ogre on the bridge at times. But, ultimately, there’s no better magnet for talent than the smell of greatness. Over the course of my career, I’ve countless times seen A-list directors drop their day rate to shoot a script that impresses them, or agency presidents devote time to a small brand with a bold strategy.”

• Avoid the sea of sameness: “In advertising as in films, it’s all too tempting to take the safe road and cover the same territory everyone else does. In a world where consumers see hundreds of brand messages in a day, you can’t afford to blend. Striking out into unique territory can make the palms sweat, but it’s the only way to truly support a powerful and distinct brand identity. As an old advertising mentor used to say, ‘You’re not doing your job if your work doesn’t make someone in the executive wing nervous.’”

• Bravely protect space for creativity: “Great people see opportunities, and they live to make things better. Create the room and the flexibility to allow a team the room to breathe and shape the work as they see ways to build upon it. Very often, the actual production is delegated to more junior members of a brand team, who feel enormous pressure to ‘bring home the script’ at all costs, creating a fear of exploration and change. And yet magic can occur in those production moments when the client has the confidence to see that a line isn’t working or that a small twist opens up compelling new avenues. So empower your team to explore creatively, or join the party yourself so that you can make the brave calls.”

Check out “Lifeline” and the other great pieces of branded film. It’s an inspiring collection of work that will alternately make you laugh—and think.