Starbucks Under Fire: Here’s What They Got Right In Response 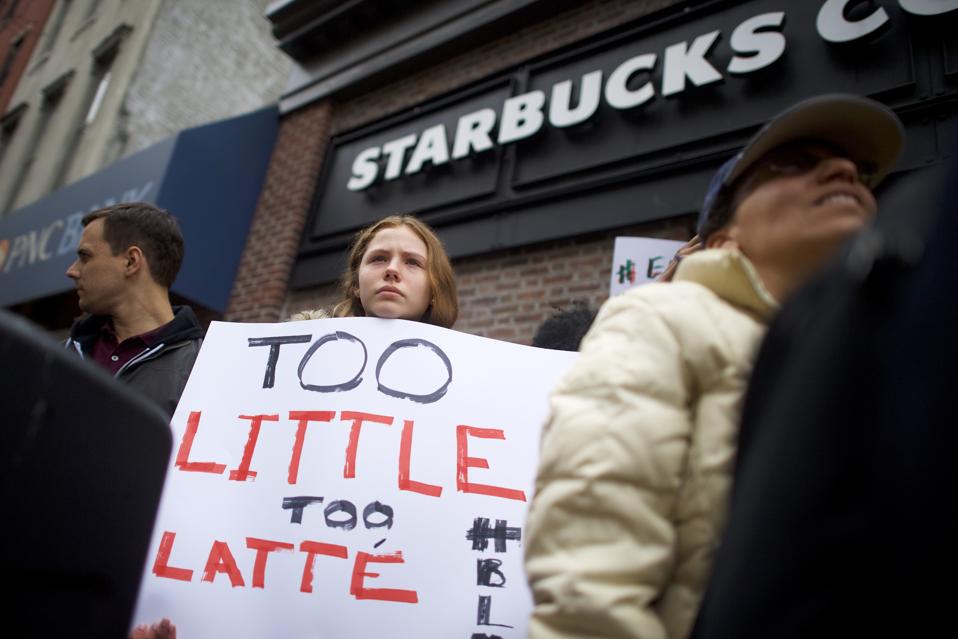 Starbucks is in full scramble mode to address a flash crisis that arose from a police action in a Starbucks café. We can learn a lot from watching what they do.

Here are the facts very briefly, in the unlikely event that you haven’t seen the story. Two African-American men were sitting at a table at the Philadelphia location. Starbucks employees asked the men to leave when they saw that they had not yet made a purchase. The men refused to leave, explaining that they were waiting for friends to arrive. The Starbucks employees then called the police, who took the men out in handcuffs.

The scene was filmed, a Twitter post with the video went viral and the issue soon grew into a brand brushfire of the sort we’ve seen so often. The Black Lives Matter chapter of Pennsylvania arrived to protest at the site, social media posts of #ENOUGH and #BoycottStarbucks proliferated and broad coverage in the mainstream media quickly followed.

Starbucks is no stranger to social controversy. Ironically, though, the brand has a history of stirring up social indignation from its commitment to generally liberal causes, such as support for refugees, affordable healthcare, gun control, sustainable sourcing and others. Starbucks founder Howard Schultz has been a vocal advocate of brands using their voice, creativity and position to engage in the big issues facing society. “Given the state of affairs, being indifferent is as evil as contributing to the vitriol, hate and division going on in the country,” he told an audience at Advertising Week in 2017.  “We have an obligation to raise the level of the conversation to where it should be.”

Even more ironically, race relations has very specifically been an issue of intense focus for the company and for Schultz personally. Following the death of Michael Brownat the hands of police in Ferguson, Missouri, Schultz held a series of dialogues with thousands of employees on the issue. Following those sessions, Schultz launched Race Together, an initiative that encouraged baristas to open up a dialogue of race with customers.

The program drew widespread criticism and was shut down shortly after it was launched. But regardless of how you view the Race Together effort, it’s hard to imagine clearer, more tangible evidence of a company’s heart being in the right place and its willingness to put its brand on the line to make a positive contribution to society.

All the more unfortunate, then, that very same company is now under fire for a seemingly racially-driven mis-step. It’s yet another reminder that good intentions and values-based leadership are not enough to avoid stepping on a landmine of brand crisis . There are just too many forces creating a treacherous environment that can trip up even the most well-meaning brands:

Loss of trust. Consumer trust in all major institutions—business, media, government and NGOs—has plummeted. The 2018 Edelman Trust Barometer show a precipitous drop across the board in the public’s faith, coupled with an increase in fear and a conviction that the “system” is broken.

Rising tribalism. The less we trust, the more we fear, the more we retreat to the bosom of a tribe that feels under threat. Within the confines of our social and media echo chambers, our fears and separateness grow stronger.

Rising consumer activism. In a world that feels broken and with no faith in the government to fix it, consumers are increasingly using brands as levers to make a difference. This comes in the form of an expectation that brands step up and take a stand on social issues, and in the form of #boycotts to express their outrage when they transgress. 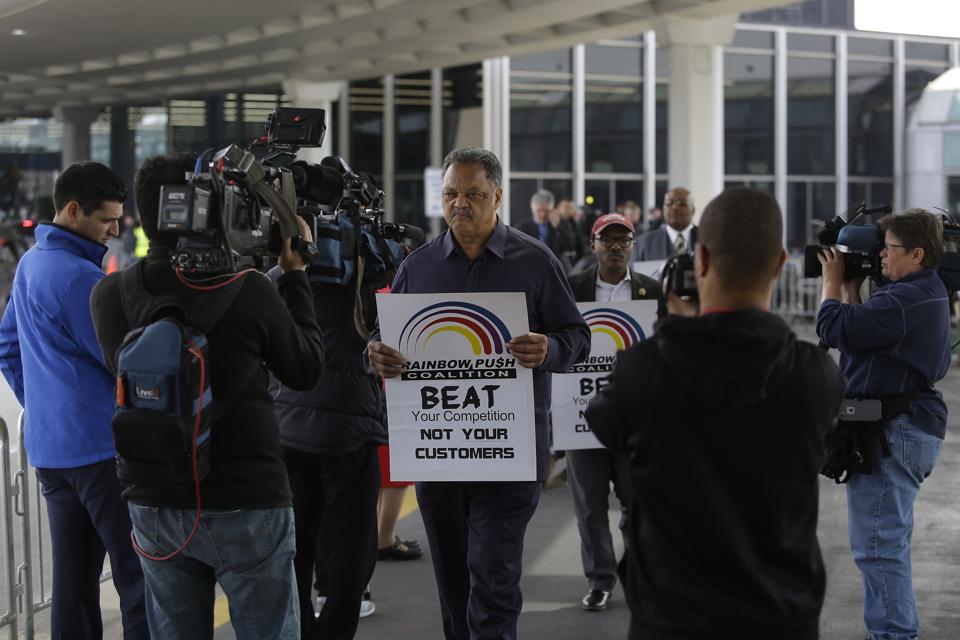 The Starbucks incident is strikingly similar in many respects to the United Airlines incident where an Asian doctor was dragged off a plane by airport police when he refused to give up his seat: A busy, stressed, frontline employee faces a challenging dilemma and escalates to law enforcement. What differs just as strikingly is the company response.

United CEO Oscar Munoz was severely criticized for his initial communication, in which he apologized for “having to re-accommodate” the passengers. It took days for a more thorough, unqualified apology to appear, during which time social media ire only increased. Congress got into the act as well, hauling him in to testify about the incident and the policies that gave rise to it.

Starbucks, on the other hand seems to have already internalized the crisis-response playbook, and provides a useful beacon for how to maximize your chances of emerging less scathed:

Take full accountability. With no parsing of words, no caveats and no deflection, Johnson said, “We take these matters seriously and clearly have more work to do.”

Be human. These crises generally stir up human emotions, and any sense of corporate-speak or euphemisms will only inflame reactions further. Speak on a personal level, reference your core values and overarching purpose and display empathy for those affected.

Follow up with action. Words are important, but far more critical is clarity about what you’ll do Monday morning to make it better. Johnson laid out a series of steps that will follow his words: meeting face-to-face with the affected men, holding discussions with community leaders, police and other stakeholders and conducting employee sessions to review and refine internal policies.

Starbucks is among the most forward-leaning when it comes to companies playing an active role in the big issues facing society. It’s sobering indeed that a brand so infused by values and motivated by social purpose can become so quickly embroiled in a flash crisis. It’s also a reminder of the importance of getting your values house in order—to scrub your organization for any vulnerabilities that might trip you up, and to know what you stand for so that you can respond quickly and effectively if and when it hits the fan.